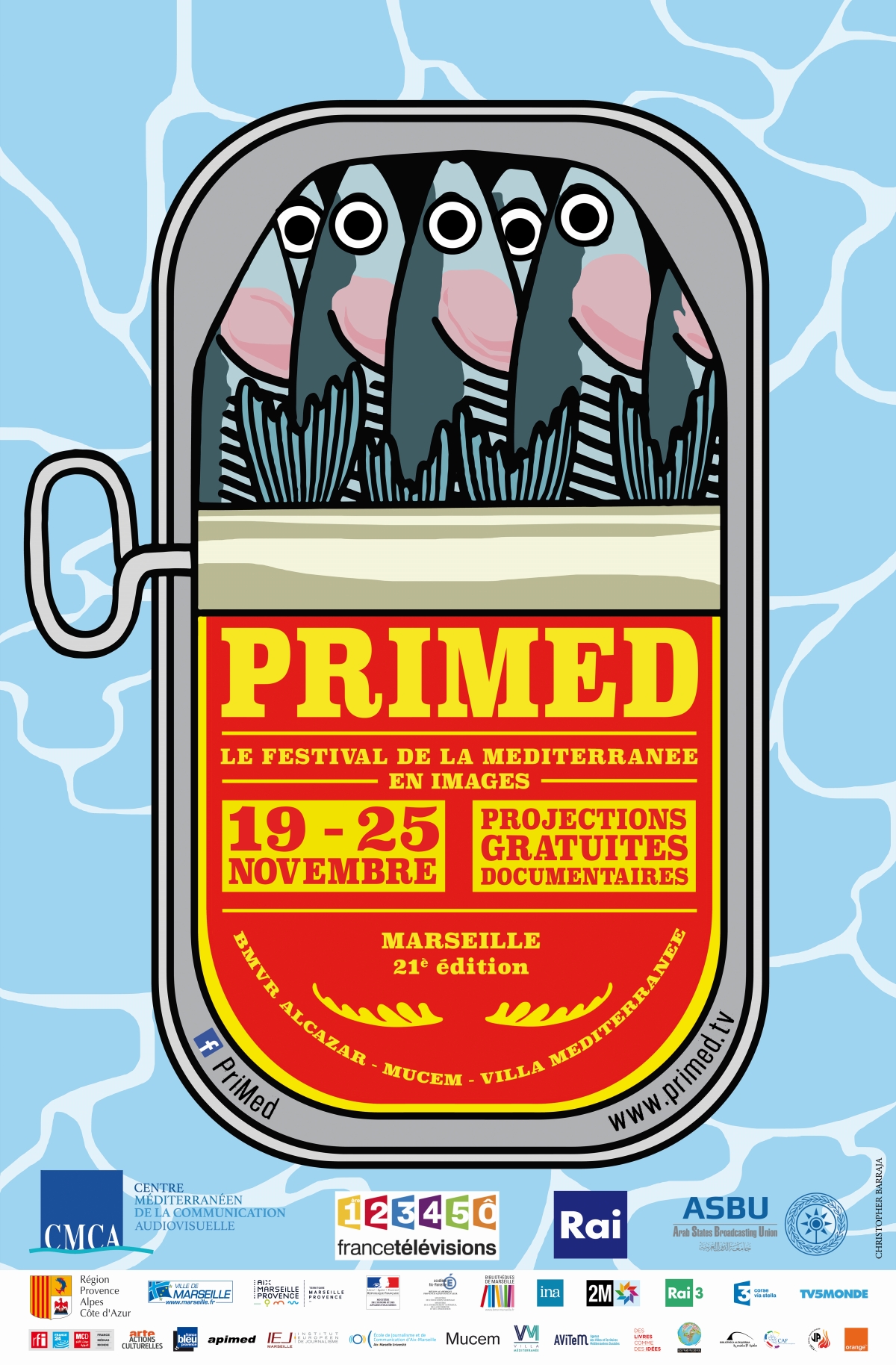 The 21st edition of the PriMed will be held in Marseille from 19 to 25 November. Public and free screenings, conferences for students, meetings with directors and broadcasters, PriMed is a great event about the audiovisual in Mediterranean.

EVENTS OF PriMed 2017 – The PDF program is available ► HERE

Nearly 30 hours of free screenings!
The PriMed offers to the public 6 days of free screenings.
The directors of the selected films are invited to Marseille to meet the public at the end of the projections. All films are screened in original language and / or subtitled in French.
On Saturday 25th November, at the end of the festival, the award-winning films are broadcasted again in the Alcazar Library between 11 am and 2 pm.

Audience award – Sunday 19 November, 3 pm, Mucem
The 21st edition of the PriMed starts with a special afternoon dedicated to the Audience Award. The 5 films of the category “Short mediterranean” are proposed to the vote of the spectators of the PriMed between 15h and 17h. At the end of the screenings, the public will be able to vote for their favorite short film at the entrance to the hall. The name of the winning director will be announced at the Awards Ceremony, on Friday, November 24 at 5:00 pm.

Educational actions program click here
PriMed has been developing a program of education for Mediterranean citizenship through the image of the selected films. 2,500 young people from the Mediterranean will take part in the 21st PriMed through several actions.

Masterclass for teachers – Wednesday 22 November, 1 pm, Alcazar
For the first time, PriMed offers to the teachers a masterclass around the differences between documentary and reportage: how to apprehend these two genres, how to judge them?
Gilles PEREZ, a great reporter, war reporter, director and producer of documentaries, Producer at 13 Productions, will bring his experience. Winner of the 1st Bayeux Prize of the War Correspondents 2001 and of the Prix du Jeune Producer 2007, he has directed “In Search of Ingrid” (2003), “Always the First: Odyssey of OM” (2008), and “Looking for Rio” (2014). He won the Best Documentary Award from the French Syndicate of Film Critics in 2016 for the documentary series “Nous, ouvriers”.
The masterclass is hosted by Paule HERADES, Administrator of the CMCA, representative of Apimed (Association of Independent Producers of the Mediterranean).

PriMed hosts shooting of “Carnets de Mediterraneo” – Friday 24 November, Villa Méditerranée
The program of France 3 Corse ViaStella installs its cameras for the second consecutive year at PriMed. A special 52-minute program that will be shooted during the festival. Dedicated to the production of documentaries in the Mediterranean, it will be presented by Thierry PARDI , Editor in Chief of “Mediterraneo”. Mathieu GUIDÈRE </ em> and two Mediterranean filmmakers will be invited to debate.

Awards Ceremony – Friday 24 November 5pm, Villa Méditerranée
The directors of the 25 selected films are present to discover the complete awards list of the 21st PriMed.
The awards are presented by jury members, community representatives, and festival partners.
The ceremony is presented by Alexandra GALDON, journalist in Provence Azur. The music will be hosted by Radio Babel .

Permanent link to this article: https://cmca-med.org/the-program-of-primed-2017/?lang=en