THE SUMMER SCREENINGS PROPOSED BY CMCA AND BMVR ALCAZAR

A NEW CHAIRMAN AND CEO FOR TUNISIAN TELEVISION

Lassaad Dahech was named Chairman and CEO of the Establishment of the Tunisian Television (ETT). He is in office from August 9th 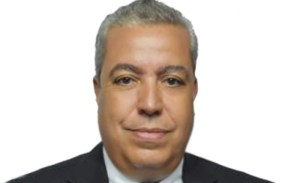 The head of Tunisian government, Youssef Chahed, proposed last July, to the High authority independent for the audiovisual communication ( HAICA), three candidates for the post of Chairman and Chief Executive Officer of the Establishment of the Tunisian Television ( ETT).

The last position holder was Elyes Gharbi, replaced on an interim basis at first by Abdelmajid Mraihi then by Abderrazak Attabib.

The main mission of Mohamed Lassaad Dahech is to bring to a successful conclusion a reform plan of scale: reduce the precariousness of the regional and associative media as well as develop more the audiovisual sector which could be framed with new legislative tools.

Permanent link to this article: https://cmca-med.org/a-new-chairman-and-ceo-for-tunisian-television/?lang=en