HAPPY NEW YEAR 2019 IN THE MEDITERRANEAN

THE WINNERS OF 22th EDITION OF PriMed

For the 2018 edition of PriMed, the International Festival of Mediterranean Documentary and Reportage, screenings had a great attendance record. At the awards ceremony held on Friday, November 30 at the cinema Le Prado in Marseille the names of the winners were unveiled in a very Mediterranean atmosphere animated by the music of Radio Babel. 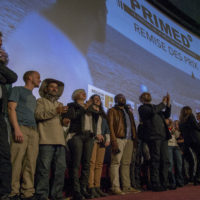 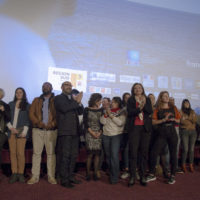 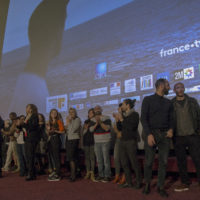 LIBYA, ANATOMY OF A CRIME by Cécile ALLEGRA

SHEEPS AND MEN by Karim SAYAD

THE BIG SAPPHIR, AN ORDINARY REVOLT by Jérémi STADLER

DYING FOR EUROPE by Nikos PILOS

Permanent link to this article: https://cmca-med.org/the-winners-of-22th-edition-of-primed/?lang=en