FREE SCREENINGS AT THE L’ALCAZAR LIBRARY

VISIT OF REPRESENTATIVES OF TUNISIAN TELEVISION TO THE CMCA 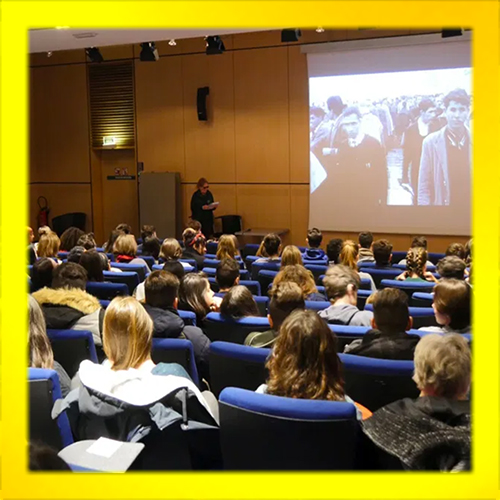 As part of the European Heritage Days organized on September 17 and 18, the CMCA, in collaboration with the Society Department of the Alcazar Library, offers you an afternoon of screenings. Admission is free within the limits of available places.

The documentary speaks of the beauty of the stones, the preciousness of the water, the thorns that characterize the Murgia, region south of the ‘Italy .
The Murgia is a unique territory. Deforestation has created a barren landscape that is mistakenly thought to be poor. On the contrary, the Murgia is rich in its small and resistant plants of the Mediterranean scrub, a world of small shrubs that resist and grow in extreme conditions.

Little Vera is about to leave with her grandfather in search of a treasure hidden in a wood. Among the trees, the little girl discovers the true meaning of travel. A film full of tenderness.

► An extract of the film

Mayor Pantazis Chronopoulos is a self-proclaimed hero. He stops at nothing to rebuild Sugartown, his village burnt down during one of the biggest fires in the history of Greece where the deputy mayor and 24 inhabitants lost their lives. To redevelop the area, he is ready to do anything, even if it means ignoring the population, making do with the laws, taking advantage of the money paid by the European Commission to carry out his project… A story where the catastrophic ambitions of one man, his greed threatens to leave nothing but scorched earth for the community of Sugartown.

Algiers, Bab el Oued, 2016. Habib, 16, dreams of becoming a veterinarian. But when he stopped school, he decided to train a ram named El Bouq hoping to make him a champion sheep fights. Samir, 42, has no other dreams than to survive the difficulties of his daily life by selling sheep to earn some money. As Eid approaches and the whole country prepares to sacrifice a sheep, a unique opportunity presents itself to Samir to increase his profits. But for Habib, it’s a different story. Will El Bouq become a champion? Or will it be destined for a more tragic end ?

► An extract of the film

The screenings are organized as part of the promotion of PriMed > www.primed.tv

Permanent link to this article: https://cmca-med.org/heritage-days-2022-documentary-screening/?lang=en