THE SELECTED FILMS FOR PriMed 2017

This screening event is organized by the CMCA and the City of Nice, in partnership with Hope Production, France Télévisions, the ONMT and 2M.

The movie was produced by Hope Production / Calt Production in coproduction with France Télévisions, the Moroccan channel 2M and the ONMT (Moroccan National Tourism Office). 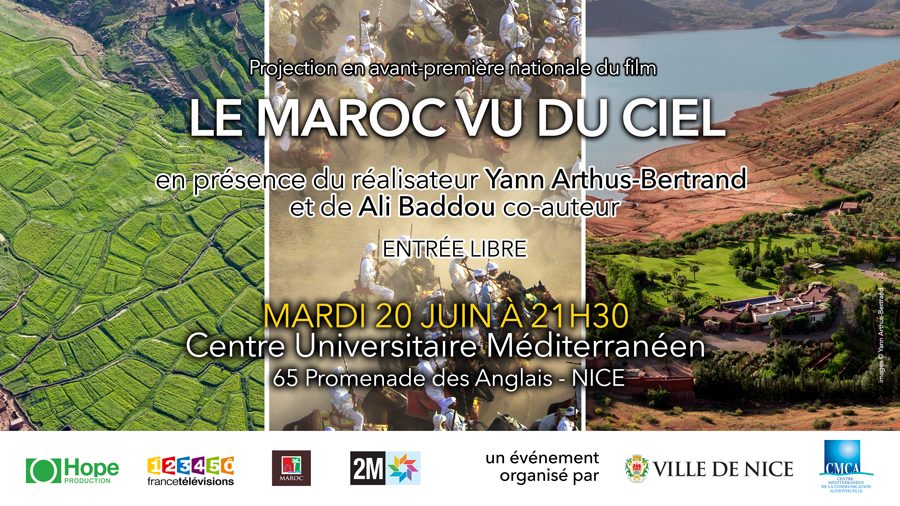 “Le Maroc vu du ciel” has been co-directed by Michael Pitiot, it is the first movie of Yann Arthus-Bertrand entirely filmed there 4K. He offers a unique view on Morocco, the Atlas Mountains in the excitement of Casablanca, via the blue walls of Chefchaouen and the orange sand of Merzouga.
Co-author of the movie, the French-Moroccan anchorman Ali Baddou lends its voice for the story.

The trailer of the film  >> ICI

Permanent link to this article: https://cmca-med.org/screening-of-morocco-nice/?lang=en