Thursday 23 June at 17h, in the cycle “The Mediterranean in doc ” BMVR the Alcazar in partnership with the CMCA will screen the documentary LE PEUPLE DE NEJMEH (THE PEOPLE OF Nejmeh) directed by Jonathan CADIOT ( film selected at PriMed 2015 – category Mediterranean Memory). 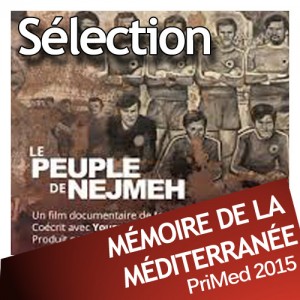 In recent years, political and sectarian tensions in Lebanon have become such that the military have replaced supporters at football matches. Historically, football, politics and religion are inseparable there. Every community has a football club, each funded by a political party. In this context, Nejmeh’s club is exception. The most popular team in the country, its players and fans are of all faiths. They call themselves “the incredible people of Nejmeh”.
Tracing the club’s history shows another Lebanon and brings a new reading to the country’s religious-political history since 1945. Above all, Nejmeh seems to have resisted all crises, all wars and embodies for many the allegory of a united, ideal Lebanon.

Permanent link to this article: https://cmca-med.org/projection-of-peuple-de-nejmeh/?lang=en