A NEW GENERAL SECRETARY AT CMCA

Ouifak LAHLOU, Head of the department for programs of Soread 2M was elected General Secretary of the CMCA at the last board of directors held in Marseille on 6 April 2017.

Ouifak LAHLOU replace Karim ABDELHAMID who left Soread 2M at the beginning of 2017. 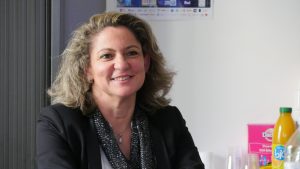 While thanking Karim Abdelhamid for its important action in the CMCA, the board of directors welcame the new general secretary and greeted the renewal of the collaboration with the Moroccan chain Soread 2M.

Permanent link to this article: https://cmca-med.org/ouifak-lahlou-general-secretary-at-cmca/?lang=en